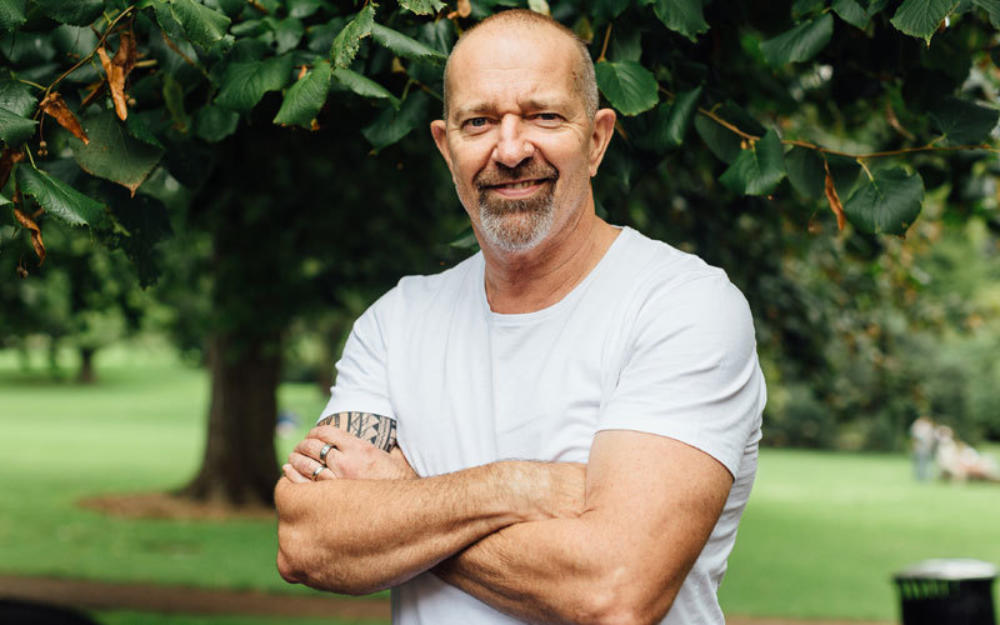 “I consider myself an individual of the outdoors. I spent my childhood at Piha with the mandatory bottle of coconut oil on hand to get the best tan possible. I’ve been active my whole life. I worked outside on construction sites and I’ve also been a soldier, a swimmer, a scuba diver, an Ironman and a competitive cyclist.

I started to realise that exposing myself to the sun was damaging my skin back in the 90’s when the Slip Slop Slap campaign took off. I decided that a tan was no longer a part of my “look” and made sure that I covered up. At the time I was a competitive cyclist and triathlete, so I used sunscreen and wore sun-appropriate clothing. It wasn’t enough to stop me getting a melanoma. I was advised that I could have as little as three months to live.

My wife noticed the spot on my back and told me on numerous occasions to have it checked. I eventually did but the doctor said a biopsy was expensive and probably not necessary. She made me go back and have it cut out and, two weeks later, I did. One day later the doctor called us in to tell us I had an aggressive melanoma that needed to be removed promptly. He hoped it hadn’t spread to the lymph nodes. I had surgery that day and to cut a long story short, I am still here 8 years on. I now have my skin checked annually.

I consider myself lucky to still be alive and even luckier to have a wife that cares so much. Being sun smart for me is about acknowledging the effect that the sun has had over the last four decades and applying this knowledge to my life. It’s now simply common sense to wear sun block and it’s also our responsibility to educate others who haven’t been exposed to our climate. I really think that being sun smart should be second nature to all New Zealanders.”